We had rain.  Lots of rain it seemed,  in reality it was only about 1.4 inches.  but I am not complaining.  It certainly made things grow and take off like crazy.   We have been replacing the garden plots with ones that are built up more.  We now have three done and the forth to do,  then we will start on a few more.   The kale is doing great, as well as the peppers and tomatoes.  I even have some ground tomatoes this year, and I am excited to try them out .

Friday was animal central here on the property.   First thing in the morning, I saw 4 turkeys on the mulch pile, with a deer standing behind them.   A few hours later,  I found the turkeys 6 of them up right behind the house,  chasing each other.   So I decided to take some photos of them and  get some photos of other things growing, and when I was checking the chicken coop for eggs, I saw a doe with her fawn standing in the back.  I tried to get photos of them.  but they are not great.  Then I found a turkey up by the little house, and another one down on the mulch pile.

I am starting to work on doing more miniatures.  I have some half scale things on order and I am making small animals to be used in houses and childrens bed rooms.  I am hoping to sell this things at some of the craft show that I go too.

Well, that’s all the news from the south,
Happy” farming” to all the farm girl sisters out there.
See you next time down on the farm. 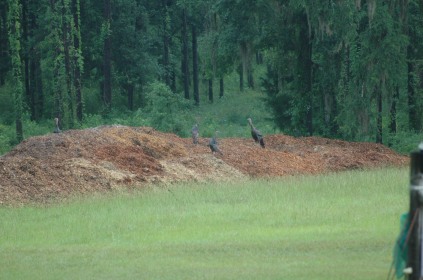 turkeys on the mulch 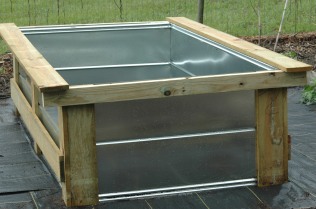 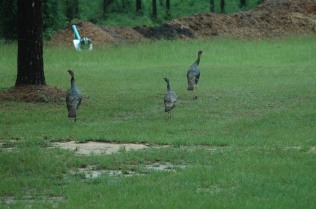 Turkeys in the back yard